We can’t think of too many instances where a reporter, print or otherwise, inserts themselves into a story they’ve been covering. 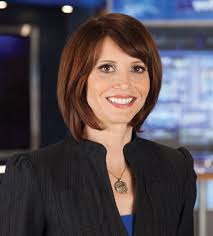 Until Kate Amara of Hearst’s WBAL in Baltimore earlier this month appeared to use her position to question a resolution calling on the school boundaries to be redrawn so the district is truly integrated–not as a reporter, she said, but as a resident and mother.

But Amara, in the body of her email sent to all the members of the Howard County Council and the Howard County Board of Education, identified herself as the “lead political reporter at WBAL-TV” and asked for answers to the questions of “a howard county mom [sic]…who knows what to ask, and who to ask it of, because she happens to be a journalist.”

It closed with a signature that included the station’s name, the newsroom phone number and Amara’s professional Twitter handle.

Just like any concerned citizen would conclude a letter with their business name and phone number.

Yeah, there is a question of credibility here.

Jan Leach, a professor at Kent State University and director of the school’s Media Law Center for Ethics and Access, said Amara’s multiple references to her profession show, despite statements to the contrary, she might be using her position to influence the officials.
“You really have to avoid this perception that there’s a quid pro quo there, and If you don’t answer my questions this could be bad for you, because I’m a reporter.”

Kathleen Culver, an associate professor at University of Wisconsin–Madison and director of the Center for Journalism Ethics, also said Amara’s mentions of her profession raised concerns.

“The question is, why raise it in the first place?” she asked. “Why have references to being a journalist if that’s not why you’re reaching out to them?”

Amara and WBAL news director Tim Tunison did not respond to requests for comment.

WBAL General Manager Dan Joerres told The Sun‘s David Zurawick: “Upon reflection as a journalist, Kate acknowledges her actions in the matter were inappropriate. She will not be reporting on this story or any related stories.”

But will she be writing any more not-so-subtle emails as “a howard county mom [sic]…who knows what to ask, and who to ask it of, because she happens to be a journalist.” ?