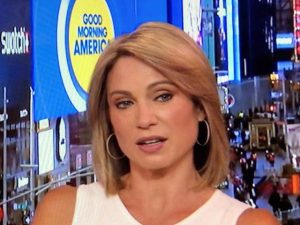 That off-mike, gone-viral comment by ABC Newser Amy Robach in which she seemed to criticize her bosses for sitting on a Jeffrey Epstein-related story she had developed, taken another bizarre turn.

It was first reported Wednesday that ABC News warned CBS News that one of its former female staffers who later moved to The Eye had access to the leaked July 2019 tape of “20/20” anchor Robach.

In that hot mic tape, Robach vented her frustration to an ABC producer about the network’s decision to spike her 2015 Jeffrey Epstein story.

And now, according to Page Six, CBS News has fired the female staffer in question.

Lips are zipped at Black Rock, so far.

What we don’t know is whether the ABC-turned-CBS staffer went directly to Project Veritas with the tape, or if she passed it along to an intermediary.