This week, Fox News published an excerpt from a book written by former 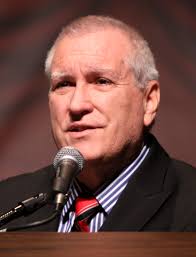 Arizona congressman and regular Fox contributor Doug Wead in which Wead wrote that the Obama White House held “Political Correctness” meetings, in his book “Inside Trump’s White House: The Real Story of His Presidency”

The problem is that “PC” stands for Principals Committee, a top-level National Security Council forum, not political correctness, a fact quickly pointed out by former Obama Administration members.

Wead has since confirmed that this was so, blaming “a misunderstanding between him and his source”, according to the correction Fox added to the story.[

“An earlier version of this story accurately quoted the book as describing ‘PC’ as standing for ‘politically correct’ in characterizing certain Obama administration meetings. The author has since informed Fox News this was due to a misunderstanding between him and his source and that the initials referred to ‘Principals Committee.’”

Even after the meaning of the phrase PC came under question (and that was, after all, the entire basis of the story) reporter Dorman continued to insist midweek that “PC” still stood for “political correctness” despite the widespread criticism.

He “wasn’t very nice about it,” tweeted “Daily Mail” Political Editor David Martosko, who had tweeted about the mistake earlier in the day. “Profanity in an unsolicited email is always unwelcome.”

Wead will not be able to correct the meaning of “PC” in time for his book’s release on November 26, however.

The PR firm in charge of the book’s promotion said, according to The Daily Beast, that it “will be updated and corrected in the next printing.”

If it gets to a “next printing.”