So yesterday we reported on the Fox News ban on naming the whistleblower by hosts and guests.

Our headline for the story was

Answer: Oh, about a day. 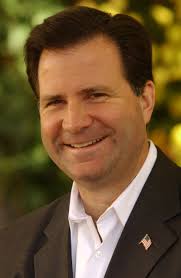 Conservative radio host Lars Larson blurted out the name of the alleged whistleblower at the heart of the impeachment inquiry Thursday afternoon on Fox News, breaking the network’s recently implemented rule against doing so.

It happened on “Outnumbered Overtime” as Larson ranted about the impeachment inquiry process and casually dropped the name of a person right-wing media has publicly alleged to be the whistleblower.

Predictably, Fox News anchor Harris Faulkner did not push back or react to Larson openly breaking the network’s edict, instead chastising Larson for mocking “people who use different pronouns” (the radio host had earlier snarked about gender pronouns).

Way to jump on the relevant stuff, Harris.

Larson told “The Hollywood Reporter” that he named the alleged whistleblower “because the American people deserve to know the name of the man making the accusation that the Democrats hope to use to remove an American president.”

And it should help his next-to-non-existent radio ratings.