He was COO of Sinclair‘s now-shuttered Circa “news” website.

Most recently he was a columnist for “The Hill” and still another Fox News contributor. 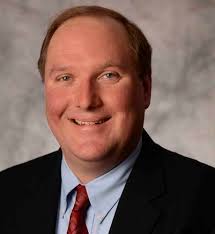 Now, John Solomon finds himself mired in the House impeachment probe, and his reporting while with “The Hill” is under a harsh internal spotlight.

Mere moments after the House Intelligence Committee revealed that Solomon had been in contact with Rep. Devin Nunes (R-CA), Trump attorney Rudy Giuliani, and Giuliani associate Lev Parnas this past spring, “Hil” editor in chief Bob Cusack announced the review.

“The Hill is conducting a meticulous review of opinion columns written by John Solomon on the subject of Ukraine that will be handled by a team of editors and reporters,” Cusack wrote. “All results of the review will be transparent and public.”

Articles written earlier this year by Solomon accelerated a “smear campaign” against Marie Yovanovitch, then the U.S. ambassador to Ukraine, in furtherance of a rogue foreign policy spearheaded by Giuliani on behalf of President Trump.

According to the House report issued yesterday, the Hill published a story on March 20 stemming from a Solomon interview with Yuriy Lutsenko.

“Top Ukrainian justice official says US ambassador gave him a do not prosecute list,” reads the headline.

The paper is owned by Jimmy Finkelstein, a longtime Trump pal.

Of course he is.

While COO of Circa, Solomon reported to Sinclair news boss Scott Livingston.

Of course he did.

And he continues as a Fox News contributor.

Of course, he will.