Will the last staffer at Sinclair’s WKRC in Cincinnati remember to turn out the lights? 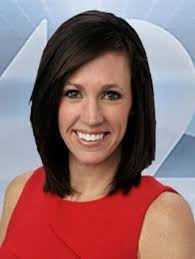 The count is up to three empty anchor slots at the station this year, weekender Perry Schaible being the latest to head for the door.

Schaible signed off over the holiday weekend, saying for the record that she’s leaving the business to actually put her law degree to work.

“For the last year and a half I’ve served part-time as the managing attorney at Maggard Elder Law in Florence. I decided it is time to fully commit to my legal career. I’ll be there full time starting immediately. Can’t wait to enjoy a flexible schedule and holidays off.”

Schaible had been with the station since 2010.

Earlier this year, veteran anchor Rob Braun left the station and recently opened up about the Sinclair policies that drove him to leave the business.

Cammy Dierking leaves the station at the end of the month.

Also, in the past year or so, veteran reporters Jeff Hirsh, Deb Dixon, Larry Davis and Joe Webb a;; retired.

That’s a sizable number of departures since Sinclair ordered its news anchors to read a news commentary about media companies pushing “their own personal bias and agenda to control exactly what people think” in March 2018.

It’s also a nearly unprecedented loss of accumulated experience for the newsroom.

But’s it’s Sinclair, so as long as costs are down and profits up….