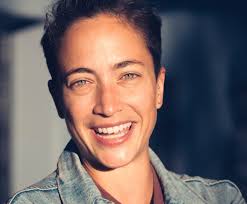 After being a regular contributor to both Telemundo and MSNBC, Paola Ramos has been hired by Vice News as a correspondent for the pending relaunch of “Vice News Tonight” and “Vice,” both of which will be on new networks after the company’s distribution deal with HBO ended earlier this year.

“Vice,” a documentary series, will debut on Showtime next spring, and “Vice News Tonight” will start airing on the Viceland cable network in early 2020.

Ramos is the former Deputy Director of Hispanic Media for Hillary Clinton and a former political appointee in the Obama White House.

She‘s the first notable hire by Jesse Angelo since he joined the company in June as head of news and entertainment.

And he spent 20 years with News Corp., most of it with the “New York Post,” so can the conspiracy grumbling right now.