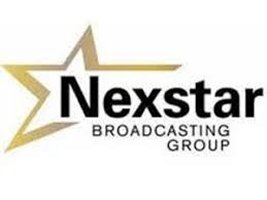 Nexstar proudly announced it is adding a 7 pm hour-long newscast to its newly-acquired KTXL in Sacramento, CA.

They hasten to note that it is the ONLY 7 pm newscast in the market.

They even came up with a nifty press release with a self-congratulatory tone.

“Nexstar’s television stations are committed to serving their local communities with informative, engaging, and exclusive local content. We’re extremely proud to be offering more local news programming Monday through Friday than any other stand-alone TV station in the Sacramento television market. Sacramento, Modesto and Stockton are critically important markets in the state of California and expanding local news programming and deepening the station’s connection to the area’s viewers and advertisers is core to the mission of both Nexstar Broadcasting and KTXL-TV,” said Tim Busch, president of Nexstar Broadcasting.

Because they are “on your side”© and “looking out for you.”©

And the obligatory re-racks from the 5 & 6, we can safely assume.

More bang for the buck, right?