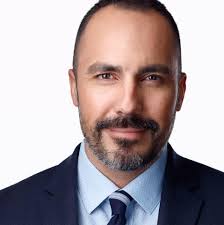 Jeremy Jojola, an investigative reporter for the past eight and a half years at Tegna’s KUSA in Denver, is accustomed to stirring the pot with the targets of his reports, and stirring the passions of viewers who watch them

But nothing he’s encountered before prepared him for the ugliest reactions to his recent series about hate groups and neo-Nazis in Colorado.

According to Jojola, they exude “a different tone,” he says. “You have people who are blatantly racist saying some pretty alarming things.”

As an example, consider a pair of tweets from Joshua Michael, who has been widely identified as a member of the alt-right organization known as the Proud Boys; his Twitter handle is @proudwolf13.

Michael recently tweeted: “@jeremy jojola works at 9news and is a communist propaganda creator working against America dig into him go to his job go to his home go to his child’s daycare treat these traitors the way they treat us and we will take the fight out of their fingertips.”

A followup from Michael to Jojola contended: “You are the enemy of the American people we will bring this to your home your work your child’s school. The way antifa does to us. You fucked around now find out. The fury of America is upon you and your communist friends.”

Jojola says his late-November stories about hate in Colorado were an attempt “to put things into context. First, we looked at the actual numbers of hate crimes in Colorado. Everybody feels there’s this kind of intensity of hate here. You can see it, you can feel it — and that’s how we rode into the piece. But we also wanted to show what the numbers say, and it’s pretty clear from the FBI and the CBI [Colorado Bureau of Investigation] that our hate crime numbers are reflective of a problem the state has.”

“I would say 90 to 95 percent of the response to our reporting has been extremely positive,” Jojola calculates. “People have reached out and said, ‘This is needed. This is the type of reporting we need right now.’ But we also had a lot of people telling me, ‘Be safe. Because of what you’re doing, you’re swimming in waters that are toxic, and they could be dangerous.'”

Yes, indeed. There really can’t be too much of this kind of reporting.

And if you’re in this business to make friends, you’re doing it wrong.