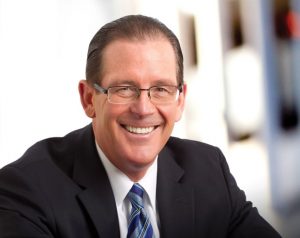 Nexstar Media Group has named Brien Kennedy as VP and general manager of WIVB/WLNO and its related digital operations in Buffalo, N.Y.

And guess what kids?

He’s excited! And he’ll be where he belongs.

“I am excited to be heading to the wonderful city of Buffalo to take on this new opportunity at Nexstar, the nation’s leading local broadcast company,” Kennedy said. “After more than 30 years in the industry, Buffalo is where I belong. My wife and I are excited to move to Western New York and immerse ourselves in the local community.”

Kennedy most recently had been president and general manager of CBS’s Philadelphia stations, KYW and WPSG.

Before running CBS’s Philadelphia stations, Kennedy was in charge of CBS’s WCCO in Minneapolis.

Previously he was executive VP at Freedom Communications, general manager at WPEC in West Palm Beach and oversaw the Viacom Station group in South Florida.