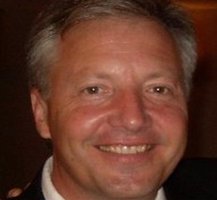 Colson came to the television station after three years as a radio news director.

Before that, he worked for WABI  television in Bangor from 1985 through 2009, starting as a news photographer and working his way up until he became the 6 pm anchor.

Susan Farley, assistant news director, will be running the newsroom until a successor is named.