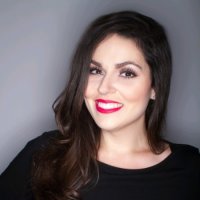 Former Kansas City traffic reporter/anchor Nikki Vivas is evidently finding life behind a mic with no camera staring at her more comfortable.

Vivas, who called the traffic shots at Hearst duopoly KMBC-KCWE for just under four years from 2012 to 2016 is slated to be part of a new morning show on Entercom’s KZPT Radio starting next Tuesday.

After leaving television, she worked at another radio in KC until about a month ago.