The worst-kept secret in tv news is now official. 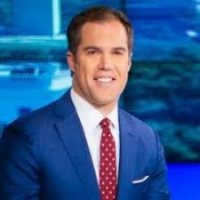 Peter Alexander has been sitting in the former “Craig Melvin Chair” on the Saturday Today” set for the past couple of week and now it can officialy be re-named – even though it’s been pretty much a done deal all along..

He was introduced over the weekend as the new co-anchor, sharing space with Sheinelle Jones and Dylan Dreyer on “Weekend TODAY.”

Alexander has been serving as a White House correspondent since 2012 for NBC News, which he joined back in 2004.

Melvin left the program in August to focus on his weekday work at “Today” and MSNBC.