And another tv news vet decides to bail. 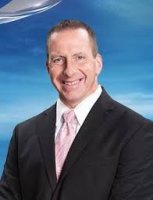 Al Gnoza signed off last week from Sinclair’s WHP in Harrisburg, PA with the announcement that he is also leaving the business.

In light of the recent state attorney-general’s report on sexual abuse in several of the state’s Roman Catholic dioceses, Gnoza likely faces a whole new set of challenges.

Gnoza joined WHP in 2015 after being dropped by Nexstar’s WHTM a year earlier.

He had earlier worked for WHP as a reporter back in the 90’s before moving into the Philadelphia market for several years.

It just floors us to see this happening at the beginning of sweeps .