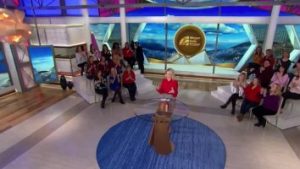 NBC, perhaps presciently, didn’t load a lot of branding on the set it created in Studio 6A for “Megyn Kelly Today.”

And since it is practically brand-new, it hardly has any marks on it.

So what do you do with it?

We like the notion of turning it into a “Museum of Executive Mistakes – The Andy Lack Wing”.

In addition to the existing remnants of a poorly-conceived morning talk show, there could be exhibits featuring the ill-advised and very pricey hirings of Josh Elliot and Sam Champion and the subsequent imploding of both their careers.

There could be audio streaming of the communications from Lack to Matt Lauer during the candidate half-hours featuring Donald Trump and Hillary Clinton.

You know, the ones which had softballs being lobbed to Trump, and Clinton interrogated in the manner more suited to Cesar Sayoc

There could be reproductions of the internal memos showing how the Ronan Farrow Harvey Weinstein investigation was effectively killed and handed to “New York” magazine.

And there could be an interactive kiosk in which visitors get to share their theories as to why Lack is still employed.

We think it’s a good idea. 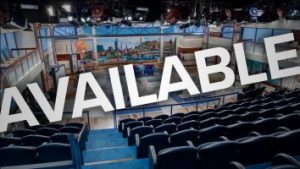 We like the idea of assigning the set to social media service “Stay Tuned” and/or forthcoming streaming service “NBC News Signal.”

Because on the interwebs, bad ideas never die.