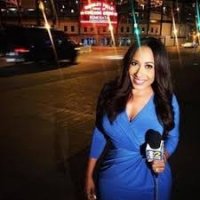 Audrina Bigos, a reporter at CBS-owned WBBM in Chicago, is back on the job in the newsroom after an extended medical leave that began last November.

“I’m happy to be back and so grateful for my CBS management and colleagues supporting me every step of the way,” she said. “Now it’s time to continue serving Chicago, one story at a time.”

Bigos joined CBS 2 in 2015 from WCCB, the CW affiliate in Charlotte, North Carolina, where she was a reporter and weekend news anchor.