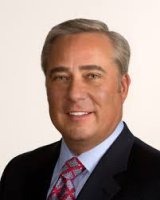 Nexstar Media CEO Perry Sook wants the FCC to get off the dime and reset the national ownership of tv stations back to 78%.

“The 78% represents the compromise position that the NAB and the members of its television board have endorsed unanimously to the FCC,” Sook said at a Media Institute luncheon in Washington.

“It also represents the status quo, as this has effectively been the law of the land since 2004, except for about 14 months of the Wheeler administration at the FCC.”

The ultimate goal, as we see it, is to have television station ownership eventually wind up with two companies – Nexstar and the Maryland Company That Must Not Be Named.

To help illustrate his point, Sook brought along a baseball cap with “78%” on the front. 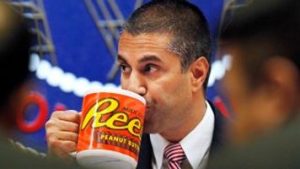 For reasons known only to FCC Chair and industry lobbyist Ajit Pai, the rush to comply with ownership wishes and raise the cap, has apparently stalled for the past year and a half.

Sook, of course, is going full steam  ahead during this regulatory lull, snapping up  Tribune Broadcasting for $4.1 billion.

Once it closes, and you know damned well it will, Nexstar will swell to 216 TV stations in 118 markets covering 62.9% of TV homes.