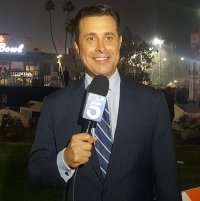 Yesterday, we ran an item provided by several NewsBluesers that David Pingalore, sportscaster at Tribune’s KTLA in Los Angeles, was apparently headed for Denver.

Pingalore, who came to LA after being dropped by Orlando’s WKMG two years ago, tells us he is staying right where he is.

He’s got everything he needs, right there in LA.