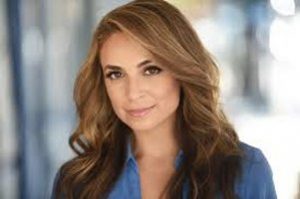 She is moving from the crowded host pod at “The Five” to become the co-host of “Fox & Friends Weekend,” joining Pete Hegeseth and a rotating third co-host on the morning program.

Which makes her, at minimum, the second smartest person on the set, depending on who that rotating third co-host is.

Fox News announced Bila would join the show on a permanent basis Wednesday.

“Jedediah’s thoughtful analysis and endearing personality have cultivated a connection with our audience that has grown exponentially over time,” Fox News svp of morning programming and talent development Lauren Petterson said in a statement. “We are confident that she will make an excellent addition to the Fox & Friends family.”

Bila started her TV news career in 2013 as a Fox News contributor, appearing on panel programs such as “Outnumbered” and “The Five” before making the leap to ABC and “The View” in August 2016.

She left “The View” in September 2017, and joined Fox News in November 2018 in a contributor role.