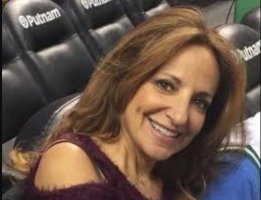 The rebooting of “Today’s” fourth hour continues, with the return of Joanne LaMarca to NBC News to become the program’s new executive producer.

LaMarca, who left NBC News back in 2017 to “take some time off”, returned to replace the just-departed Tammy Filler, who is moving on to Comcast/NBC’s E!, has a total of nearly 30 years at NBC under her belt.

The thrill is back according to NBC News Chief Noah Oppenheim .
“I am thrilled to announce that Joanne LaMarca is returning to Today as Executive Producer of the fourth hour. It’s a homecoming for Joanne who spent nearly 30 years at Today, rising from Page to Senior Producer.”

LaMarca first joined NBC in 1987 as a page and worked her way up to field producer.

In 1996, she left “Today” for “Day and Date” a long-forgotten daytime magazine show on CBS.

The following year, she moved to the “Wall Street Journal’s” short-lived business news channel WBIS, which led to a job as a producer at CNBC from late 1997 to 1999.

Returning to “Today,” she was a producer and writer at “Later Today.”

Hey, wasn’t that the program hosted by Carol Brady?