Pinky-swearing to the FCC that you will add 28 hours of news and stationing a reporter in the state capital is apparently all it takes to outright own two of the top four stations in a market these days,

And even though the market isn’t in the top 100, it is nonetheless unsettling to watch as television speeds towards the current state of terrestrial radio.

Which is to say virtual irrelevance and financial instability. 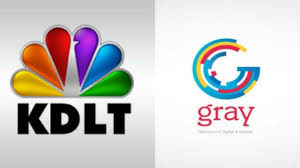 It took the FCC ten weeks to get up the gumption to give its blessing to the acquisition of Red River’s KDLT in Sioux Falls, SD to Gray Television.

It was last July that the Department of Justice anointed the purchase.

Gray Television said in a statement issued Wednesday that it is “not commenting on the FCC decision or the transaction but we can confirm that Gray closed its acquisition of KDLT earlier today.”

Gray already owns KSFY in the market, but Nexstar’s KELO is, and always has been, the big dog in terms of advertising revenue.

And make no mistake, this $32.5 million purchase price for KDLT is all about revenue.

Now, those 28 hours of additional news will more than likely be added to the schedule (do the math and it’s roughly two hours per day per station) – but check closely and see how many new resources are brought on board to produce those newscasts.

Or does the lure of more commercial potential mean more story re-racks?

As for promising to put a reporter in the state capital, what wasn’t that already in place – year round, not just during the legislative winter party from January to March?

BTW, Gray also owns KOTA in Rapid City, the only other tv market in the state.

KELO, based in Sioux Falls, has had a satellite operation in RC forever.

We will give Gray some small props for going after outright ownership of two stations in the same market, rather than going down the Sinclair road of setting up shell corporations and passive “beards” to disguise its control in markets around the country.