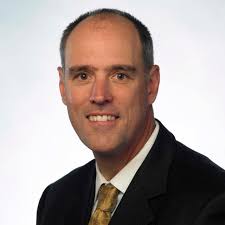 Nine months after being shown the door at Meredith’s WSMV in Nashville, Dale Woods is the newly-appointed president and general manager of Block Communications’ Louisville, Ky. duopoly WDRB and WBKI.

He’ll show up for work next Tuesday.

Woods will take over for Bill Lamb who recently left to take the top job at Fox-owned KTTV in Los Angeles.

While at WSMV, Woods presided over a newsroom with sagging ratings and even more sagging morale, triggered first by a lawsuit brought by Nancy Van Camp, Jennifer Johnson and Dennis Ferrier claiming age and gender discrimination, and then the abrupt and badly-mishandled departure firing of principal anchor Demetria Kalodimos, back in 2017, after more than 34 years with the station.

And the icing on the cake came when the station’s mascot, a penguin named “Snowbird” emblematic of WSMV for more than two decades, was laid off.