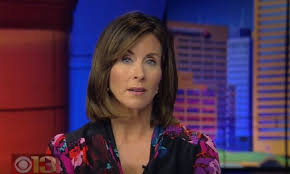 Months after asking a question on the air that many decried as racist, and subsequently being fired from CBS O&O WJZ news anchor Mary Bubala has landed at Sinclair flagship WBFF.

We brought you the initial story last May.

Back then, during a segment on the fallout from former Mayor Catherine Pugh’s resignation, Bubala asked Loyola University of Maryland professor Kaye Whitehead: “We’ve had three female African-American mayors in a row—they were all passionate public servants, two resigned, though. Is it a signal that a different kind of leadership is needed to move Baltimore City forward?”

The Baltimore Association of Black Journalists labeled the question “sexist and racist,” and Bubala was fired four days later by WJZ, which led to a different blowback — from viewers who believed the punishment was too stiff.

Bubala’s return to the airwaves at WBFF was not to an anchor desk, but as a reporter.

Viewers, nonetheless, are happy to see her back.

Commenters on social media (an admittedly unreliable gauge of public opinion) and respondents in interviews and emails expressed approval of the hiring.

“It’s good to have her back,” one viewer declared Wednesday. “I think it’s a good thing, her joining WBFF. [She’s] a good anchor and reporter. I don’t typically watch WBFF…With her there now, I might check it out.”

Another said in an interview that he thought Bubala’s firing had been “grossly unfair.”

“I just stopped watching WJZ,” he said. “I’m very excited for her, and I am going to click her on at WBFF.”

“The Baltimore Sun’s” Tuesday story of Bubala’s hiring generated more than 1,100 comments on The Sun’s Facebook page by 4 p.m. Wednesday, with the majority approving of the move ― something not often found on social media posts about media figures and corporate personnel moves.