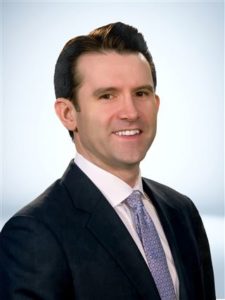 NBC News sat down for an interview with Sinclair Broadcasting President and CEO Christopher Ripley and we must say that we have to give him props for making no bones where his priorities lie.

Especially in the area of revenue.

Most especially in eager anticipation of the political $$$ windfall that is coming  to local in 2020 (and in some areas, has already begun a steady trickle).

“President Donald Trump is ahead of all previous benchmarks in terms of fundraising. In 2016, Hillary Clinton had significantly more funds than Trump — and a typical Republican candidate would have had more funds than Trump. What tends to happen in political advertising is politicians don’t return the money afterwards, they spend it all. You’re going to have two presidential candidates who will have fundraising unlike anything we’ve previously seen and whatever gets raised gets spent.”

And with all that money floating around out there, you’d better believe that Sinclair’s recently-acquired regional sports networks have their hearts set on on a significant chunk of that money.

“They (the RSNs) “have had some in the past, but not nearly to the extent that local broadcasters do. We think it’s a good opportunity to expand their advertising revenue base. They have some of the best programs on TV, with the most engaged audiences, and from an advertiser perspective there’s really no reason why they shouldn’t be targeting those audiences more.”

And, not content with the Fox RSNs that were purchased from Disney, Ripley says Sinclair would like to find more to buy.

So anybody want to figure the odds of ANY television station in the country enthusiastically backing any changes that might get the big bucks out of politics?

Not when the business plan is built around the expectation of that money.