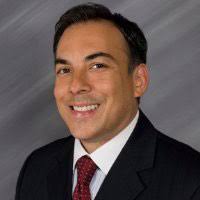 KTAZ, the Telemundo O&O in Phoenix, AZ, has brought Victor Hugo Rodríguez on board  as the station’s new weekend anchor and multi-media journalist.

It’s a return to the Telemundo affiliate for Rodríguez, where he once worked as a reporter.

He also spent nine years as a correspondent, and anchor for KTVW, the Univision O&O in Phoenix.

He’s coming from a three-year stint as a Los Angeles-based national correspondent for Telemundo.