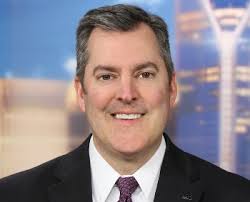 Paul Briggs is moving from a corporate job to become the new GM….or should we say vice president of Orlando TV for Cox Media Group at duopoly WFTV-WRDQ.

In his new job, Briggs will oversee all the departments

He’s coming from Atlanta where for just under two years he served as vice president of content and broadcast operations for Cox Media Group Atlanta, where he oversaw the TV, radio and newspaper brands.

He’s a 22-year Cox veteran, having worked in sales and executive jobs in Charlotte and Memphis, among other Cox markets..

“I am excited to be a part of Cox Media Group’s growth in the Orlando broadcast market and to lead an extraordinary team that is dedicated to providing outstanding news, information and entertainment to our viewers and tremendous results for our clients,” Briggs said in a statement.