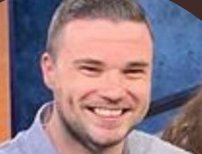 Shawn Reynolds has been named Group Director of News and Content for Waypoint Media, which owns 16 TV stations and four radio stations.

Reynolds is a former ND for WTVM in Columbus, GA, and is currently producing newscasts for KCBS/KCAL in Los Angeles.

Waypoint has been in the news in recent months, hiring longtime local station executive Elden Hale as  corporate director of news.

Then, in June we reported to you that Waypoint snapped up something called the Independent News Network, which produced newscasts for local stations across the country and was quickly re-dubbed NewsHub by the new ownership.

A fairly clear indication of where things are headed.