While a federal appeals court this week upheld the FCC’s erasing of net neutrality laws, the court also delivered a stinging blow to the Ajit Pai-led commission. 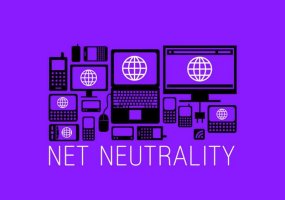 While upholding the repeal, the court ruled that the Commission could not preempt state laws like those pending in California.

And although the repeal largely survived otherwise, one judge called the logic on which it is based “unhinged from the realities of modern broadband service.”

While the ruling does not prevent the FCC from trying to preempt state laws on a case-by-case basis, commissioners can’t preempt all state net neutrality laws in one fell swoop, judges ruled.

Each preemption of a state law must involve “fact-intensive inquiries,” so the FCC would have to conduct a preemption analysis of each one.

It’s a big win for California, a trendsetter in Internet policy, which adopted its own rules last year, though they were quickly challenged by the Justice Department and have not yet been enforced.

After appeals in the FCC case are exhausted, we could see California and other states enforcing net neutrality rules that prohibit Internet service providers from blocking or throttling lawful Internet traffic and from prioritizing traffic in exchange for payment.