Fox News has been flirting with an InfoWars-type approach with the recent launch of its Fox Nation subscription streamer, but it may be having some second thoughts. 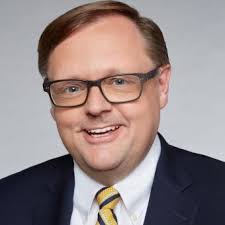 Radio host and sometime tv panelist Todd Starnes, who had been with Fox News Radio since 2005, will not have his contract renewed, The Wrap reported Wednesday.

And he is suddenly gone.

Although sources at Fox News insist the move was in the planning stages for some time, Starnes’ departure appeared to become a network priority after the radio host made headlines on Monday when a guest on his program claimed that Democrats do not believe in the Christian God and instead may worship Moloch, a pagan god synonymous with child sacrifice.

Starnes also drew considerable backlash in July during an appearance on “Fox & Friends” when he instructed Rep. Ilhan Omar (D-Minn.) to take a “one-way plane ticket back to whatever third-world hellhole you came from.” Omar, 37, is one of the first Muslim women elected to Congress.