As it seeks to smooth over last year’s scathing Pennsylvania grand jury report on clergy sexual abuse, the Pittsburgh, PA Catholic Diocese is turning to a familiar face to area news viewers to paper over the fallout. 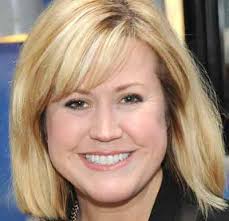 Former KDKA anchor Jennifer Antkowiak has been hired to fill the newly created position of executive director for community relations.

“She will oversee existing communications operations, with a focus on strategy and personal engagement with parishioners and the public,” Bishop David Zubik said.

This new position is being established in a time when the diocese is eliminating other staff and closing churches due to declines in collections and worship attendance,

Her new job is being funded by “a new endowment established by donors who wanted to strengthen the public presence of the Church through communication of the core mission of the Diocese of Pittsburgh,” Zubik said in a statement.

Antkowiak, whose personal faith is no secret, is probably the perfect candidate for a job with an uphill task.

She was a reporter and anchor on KDKA television news for two stints of over 23 years.

Her last go-round at the station ended with her leaving in 2016.