Everyone who pays any attention to the machinations of network and local news remain transfixed over the revelation of Farrow’s “Catch and Kill,” especially the behind-the scenes maneuvering to kill Farrow’s Harvey Weinstein investigation.

It was that attempted spiking that saw Farrow leave NBC and shop his story to “The New Yorker”, win a Pulitzer and help spark the “#MeToo” movement.

Not bad for a story Andrew Lack and Noah Oppenheim deemed insufficient enough to pursue.

Amid the Farrow feeding frenzy, another accuser has stepped into the spotlight with similar accusations against the network. 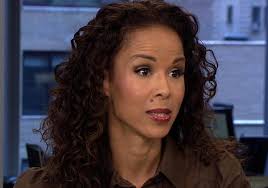 In a first-person account published this week by The Daily Beast, Sil Lai Abrams writes: “Incredibly, a year after NBC botched Farrow’s reporting on Harvey Weinstein, they had the audacity to do it again. It’s not just Ronan Farrow: NBC News killed my rape-allegation story too.

Abrams goes on to discuss allegedly being raped by Russell Simmons in 1994, along with an alleged sexual assault by former “Extra” co-host A.J. Calloway in 2006, for which Calloway was reportedly later arrested.

Abrams says her story was being reported by MSNBC host Joy-Ann Reid in January 2018 until obstacles began to surface.

Abrams says the piece was set to air that month, until she heard from Reid saying Simmons’ attorney had apparently convinced NBC not to air the segment.

“Over the next several months, NBC put me through an elaborate and bizarre vetting process,” Abrams writes. “I provided legal documentation, hospital bills, and more than a dozen corroborating witnesses. Still, they stonewalled. I asked Joy repeatedly if NBC was going to do to her what it did to Ronan, and she said that she didn’t think so. We both agreed that it would reflect very poorly if word got out that the network had suppressed yet another story of alleged sexual assault.”

NBC has yet to respond to the latest story of the questionable stewardship of Lack and Oppenheim.