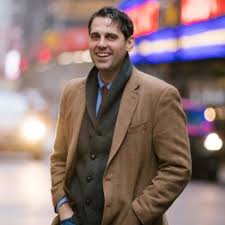 The clock will be flipped as Jack Bohrer takes over as the new executive producer of “The 11th Hour with Brian Williams.”

He’s been on the other end of the day as “Morning Joe” senior producer .

Bohrer joined MSNBC in 2013 as a segment producer for “Up” hosted by Steve Kornacki at the time.

The MSNBC vet takes over for Colleen King, whose new role at the network is TBD. Ummmm…..