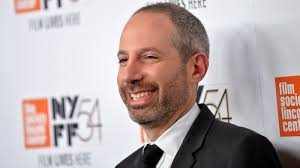 Maybe it’s because, despite the furor surrounding the allegations contained in Ronan Farrow’s “Catch and Kill” and the questions surrounding the actions of both NBC News Chair Andrew Lack and NBC News president Noah Oppenheim, Oppenheim has a new deal to stay on with the network news division.

Not only that, he appears to have cemented himself in place as the heir apparent to Lack when Lack steps down.

Unless both are pushed, of course.

That’s a clear sign that NBCUniversal CEO Steve Burke appears to possess an unshakeable faith in news division leadership continuing to voice support internally for, including at a mid-October meeting of his direct reports, which came as the first media stories about Farrow’s book began to swirl.

Lack right now is schedule to retire after the November 2020 elections with Oppenheim ready to step into the chairman’s shoes.

Farrow’s former NBC News producer Rich McHugh, who accused Oppenheim and his boss Andy Lack of a “massive breach of journalistic integrity” in a scathing Vanity Fair column, slammed the network’s parent company for its vote of confidence.

“I take it that no Comcast board member has read Ronan’s book or my article. I am sad for all NBC News employees that the status quo has been blessed,” McHugh told Fox News.

“It is deeply disturbing that Comcast CEO Brian Roberts would show such poor judgment and renew its contract with Noah Oppenheim knowing full well that he was facing allegations of enabling sexual abusers in the workplace and had a record of silencing survivors and stories of survivors in the newsroom,” said Shaunna Thomas, co-founder and executive director of UltraViolet, an advocacy organization for women.  “This is a mistake that Comcast and NBC Universal will regret.”