CBS Pittsburgh has a new boss. 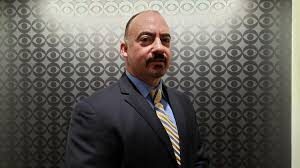 Chris Cotugno has been named vice president and general manager of KDKA-WPCW.

He succeeds Jay Howell, who took over the CBS-owned stations in Los Angeles.

Cotugno has been with the Pittsburgh duopoly for more than 17 years as director of sales.

“We believe his deep roots in the market and strong relationships with clients, community partners and his colleagues will serve him well as he assumes responsibility for overseeing our legacy station in Pittsburgh and leading the expansion of our digital platforms,” said Peter Dunn, president, CBS Television Stations..”