At the time of his hiring in Atlanta back in 2017 he was the station‘s 7th news director in ten years. 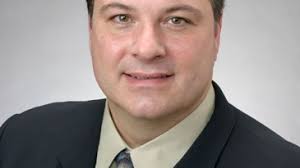 And now WGCL News Director Steve Doerr is moving on and up in the Meredith corporate universe..

He will be the new gm at Meredith’s Springfield, MA duopoly WGGB-WSHM.

When was the last time a WGCL news director left the building voluntarily?

“I am thrilled to return to New England and to join the Western Mass News team,” said Doerr. “I am grateful for the opportunity to develop new and innovative ways to serve our clients, customers and audiences and become the No. 1 source for local news, weather, sports and entertainment programming in the market.”

Doerr has been a general manager at WJCL-WTGS Savannah, WLNE Providence and KXAS Dallas.

He was VP and Group Manager for Smith Media, overseeing five stations in New England and New York, and was Senior VP of news, programming and creative development for NBC’s owned stations.

Somehow the release overlooked Doerr’s role in the infamous Sharon Reed nude sweeps stunt back in 2004 when Doerr was news director at WOIO in Cleveland.

Oh….did we speak out of turn?