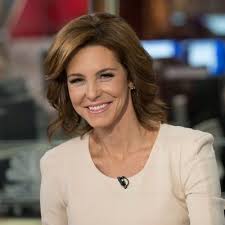 MSNBC anchor Stephanie Ruhle  has been named senior business correspondent at NBC News, but she wants to take that role in a different direction.

Ruhle wants to do the type of business-news coverage that’s aimed more at the supermarket, and less fawning over the stock market.

“I think every person out there cares about the money in their wallet, cares about their financial health,” Ruhle says. “If we can help a general audience get better and smarter as it relates to their own finances – and broader – I think there’s a huge opportunity.”

She plans to hang on to her MSNBC 9 AM anchor slot while performing her new duties appearing on NBC News’ “Today” and “NBC Nightly News” and other NBC News venues.
—–

And Benjy Sarlin, a political reporter with NBC News since 2013 took to the Twitter to share some news 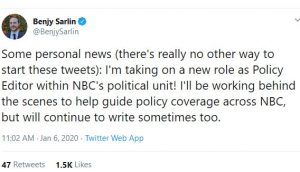