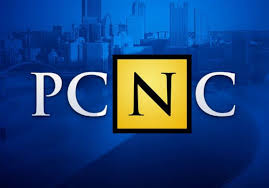 Apollo Cox-owned WPXI in Pittsburgh continues to implore views to bombard Comcast with demands that the cable behemoth restore the station’s news and weather-centric PCNC cable channel to the Comcast lineup.

PCNC has been around since 1994 and is best known for its “Night Talk” program, but little else.

“We at WPXI and PCNC are very disappointed with the disruption and inconvenience to Comcast viewers that will result from Comcast’s actions, but we were informed of Comcast’s decision less than 48 hours ago,” Kevin Hayes, vice president and general manager for WPXI and PCNC, said in a statement issued after the channel was dropped.

Since then, crawls urging viewers to weigh in with the cable company have been running continuously on the station’s newscasts.

So far, nothing from Comcast regarding the dropping of PCNC, but once can assume that the cable station has little in the way of prospects without carriage on the region’s largest cable provider.

And just as those political ads were starting to roll in….