Nicole Wolfe, currently the assistant news director for Scripps’s WFTS in Tampa-St. Petersburg, has been named ND for the company’s WSFL in Ft. Lauderdale/Miami, where she’ll oversee a startup news operation there.

The news came in this email from GM Bill Siegel.

Nicole has been at WFTS for just under a year, but has considerable experience in large markets.

Her Linkedin page has her story.

We told you last month that Bill would be the GM for this CW affiliate. He spent the last four years as senior director of content strategy. 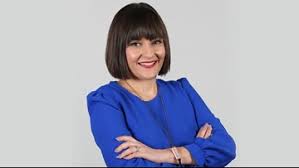 She started out as a producer for the station in 2007.

Teater is a Little Rock native and former station intern.