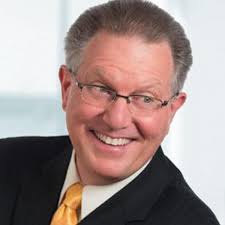 A couple weeks back, we told you about former Kansas City meteorologist Mike Thompson’s decision to take a deep dive into politics.

Thompson, who took a buyout from WDAF a little over a year after 26 years won his bid for the Kansas State Senate seat being vacated any day now by a vacating Republican veteran.

The Kansas Republican Precinct Committee voted to appoint Thompson to fill the seat, and he will have to run in November.

But having the seat now gives him an incumbent advantage over any challengers.

And there are challengers.

Two other candidates – Republican state Rep. Tom Cox and Shawnee City Councilwoman Lindsey Constance, a Democrat – have said they planned to run for the seat.