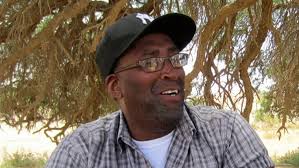 NBC News employee Larry Edgeworth died last Thursday after testing positive for the coronavirus, according to the network.

He worked in the equipment room of 30 Rockefeller Center, NBC’s headquarters in New York City, and previously spent 25 years working as an audio technician for the company.

“Many of you were fortunate enough to work with Larry over the years, so you know that he was the guy you wanted by your side no matter where you were,” NBC News chairman Andy Lack wrote in an email to staffers Friday morning.

Andrea Mitchell, NBC News’ chief foreign affairs correspondent, called him “a gentle bear of a man, the heart and soul of our extended NBC family. I was always cheered and reassured knowing he was on the team in the field. He always had my back whether here in the U.S. or in the most dangerous situations around the world.”

“Larry Edgeworth was one of those guys who if you hadn’t seen him for a day or a week or a month, he would always have a hug, a good gripping handshake and a “what’s going on, my brother.” Most of the time it was in The commissary at NBC where paths often cross. We’d talk about our kids, being older but still in the game. So sad when you read the news in general about victims of coronavirus, devastating when it’s one of your work “brothers.” NBC News lost one of the best.” – Bob Gilmartin, NBC News producer in a Facebook post.