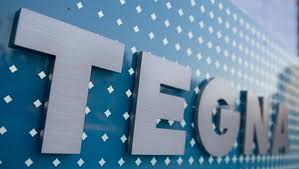 Whether it’s Byron Allen’s Allen Media, investor group Apollo Media or the latest entrant, a partnership between a Phoenix investor group and religious broadcaster Trinity Broadcasting, if any of them are successful in their bid to snap up Tegna, the next tricky step involves the potential market conflicts each group would face.

The Sioux Falls decision aside (see this story from last week) the FCC does not allow any operator to own more than one of the top four stations in a regional media market.

Moreover, a company is not allowed to own stations that in their totality reach more than 39% of all U.S. TV households.

At least two of Tegna’s proposed suitors would break through that cap easily.

And then there is that pesky market overlap.

Again, how has reducing the diversity in the market through consolidation worked out for terrestrial radio?

We can’t help but think this is a short-term strategy aimed at scooping up political ad dollars rather than a long-term plan to serve the public interest.

How quaint we sound.