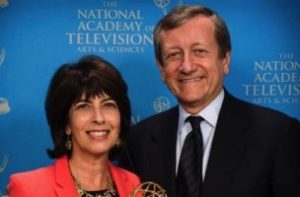 It was a rough ride, but it looks like a reasonably soft landing for former ABC News chief investigative correspondent  Brian Ross and his longtime colleague Rhonda Schwartz.

The duo will lead the network’s newly-created investigative unit which launches next month.

Schwartz will serve as executive investigative producer for the unit, which will contribute to all of the network’s live and digital platforms.

Ross, a 240year ABC News veteran, left the network after inaccurately reporting in a live special that President Donald Trump directed former national security adviser Michael Flynn to reach out to Russians during the 2016 campaign.

Abrams was asked what he would say to Trump supporters who might be concerned about that botched report.

“Brian and Rhonda have conducted investigations that have angered major corporations and leaders of both parties,” Abrams said, “Brian’s career can’t be judged based on a single live shot.”

We wholeheartedly agree. But they do have to do some damage repair to their reputations.