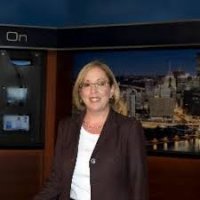 After eight years in the chair, Anne Linaberger is out as news director at CBS O&O KDKA in Pittsburgh, PA.

Relatively new GM Jay Howell evidently wanted his own person on the job, but is only confirming Linaberger’s unceremonious exit.

She’s the second news staff member to depart since Howell arrived in July.

Linaberger is a Pittsburgh area native who worked at WTAE television and radio both on-air and behind-the-scenes for ten years before arriving at Gateway Center 19 years ago .

Rick Gevers notes that the change at KDKA marks the SECOND move at a CBS O&O Monday, the THIRD in the last four business days, and the EIGHTH in the last TEN months among the company’s 14 stations that produce news.

THREE left for new jobs, there was ONE promotion, ONE retirement, and THREE involuntary separations.