“Bears Unleashed,” a half-hour weekly talk show we are to believe will cover “all the relevant hot topics” surrounding the Chicago Bears and the NFL, launches September 7th on Fox-owned WFLD and will air on football Fridays at 9:30 pm 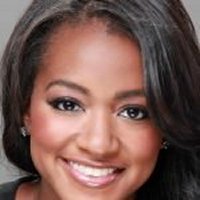 Brittney Payton, who joined the station earlier this year as a contributor to its “Good Day Chicago” morning show will host along with weekend sports anchor Shae Peppler

Payton is the daughter of the late Bears legend Walter Payton.