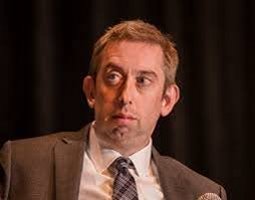 Mark Neerman will be the next VP/News for KPIX, the CBS owned station in San Francisco.

He’s been the ND at KSNV in Las Vegas for the past 3+ years, where he also served as a regional ND for station owner Sinclair Broadcasting.

As you’ll read in this memo Mark sent to his staff in Las Vegas, it’s a return to the Bay Area.

He’s also been the ND for another Vegas station, as well as in Louisville and Richmond, and has worked in Portland, OR, Miami, and Columbia, MO.

He’s replacing Dan Rosenheim who’s retiring after 18 years as ND at KPIX (and the four years before that as ND at KRON).

BTW, Neerman was one of the most vocal defenders of Sinclair’s ill-advised “fake news” promos that Hunt Valley mandated all local anchors perform earlier this year.

Because the copy really resonated.

And he had an interesting first go-round in the Bay area ten years back.