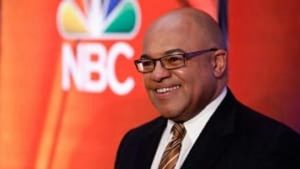 Say goodbye to Dan Patrick and hello to Mike Tirico.

“Thank you to Dan Patrick for his outstanding work as co-host of Football Night for the past 10 seasons. His teamwork, professionalism, and friendship will be missed,” said Sam Flood, executive producer and president, production, NBC Sports & NBCSN.

The game site role this season will be filled by Liam McHugh.

Yeah, we had to look it up.

He’s been doing NHL hockey for NBC as well as Notre Dame football with some NFL thrown in.

Tirico will do just fine.